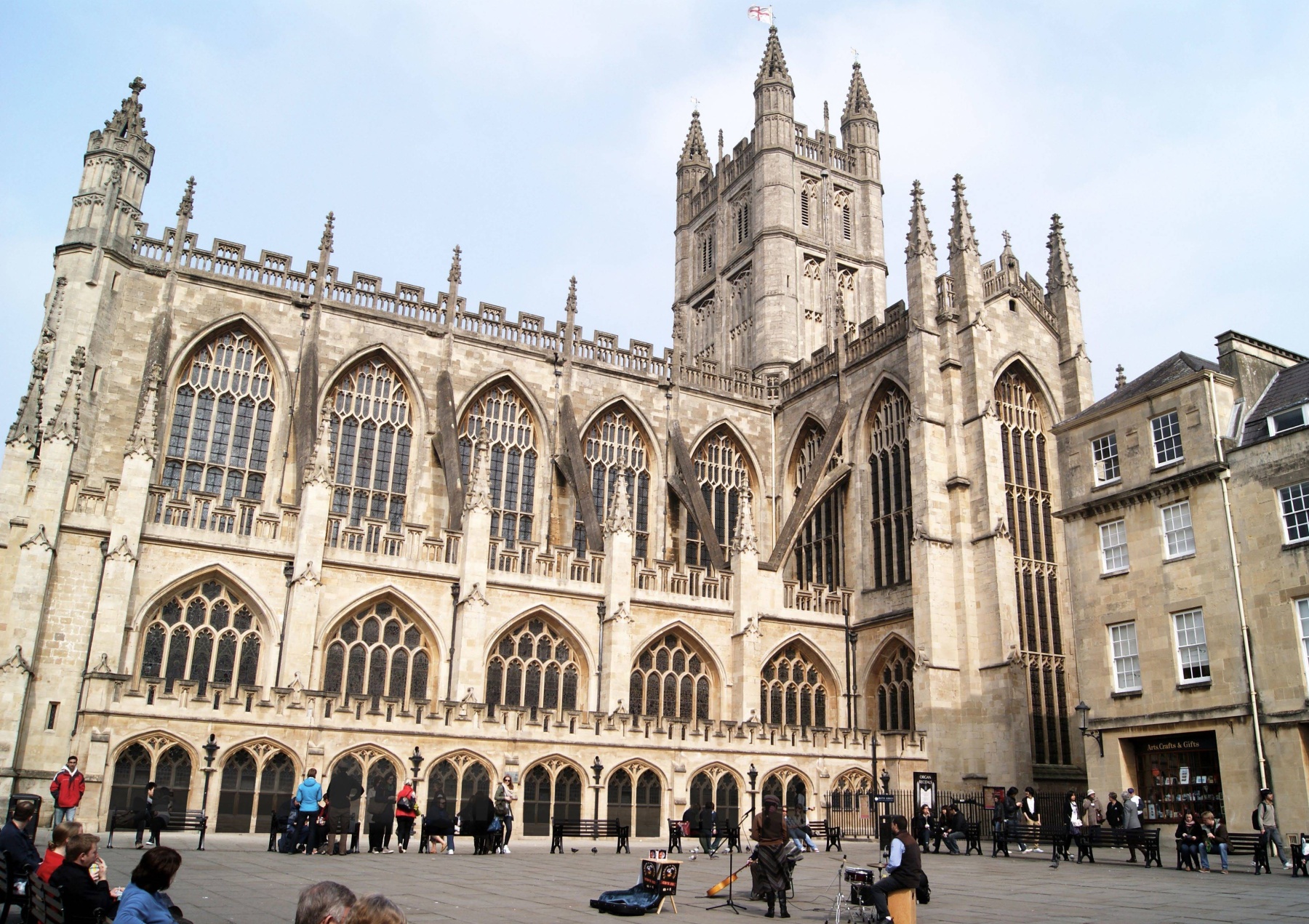 A service of thanksgiving and celebration has been held at Bath Abbey, where the Footprint project is on the verge of completion. Mann Williams have been centrally involved in this ground-breaking project since 2010, working alongside Feilden Clegg Bradley Studios (project architects).

The complex £20m project, supported by the National Heritage Lottery Fund, and executed on site by local building contractors Emerys Brothers, has restored and transformed both the Abbey itself and ancillary spaces, providing greatly enhanced facilities for welcome, worship and education. 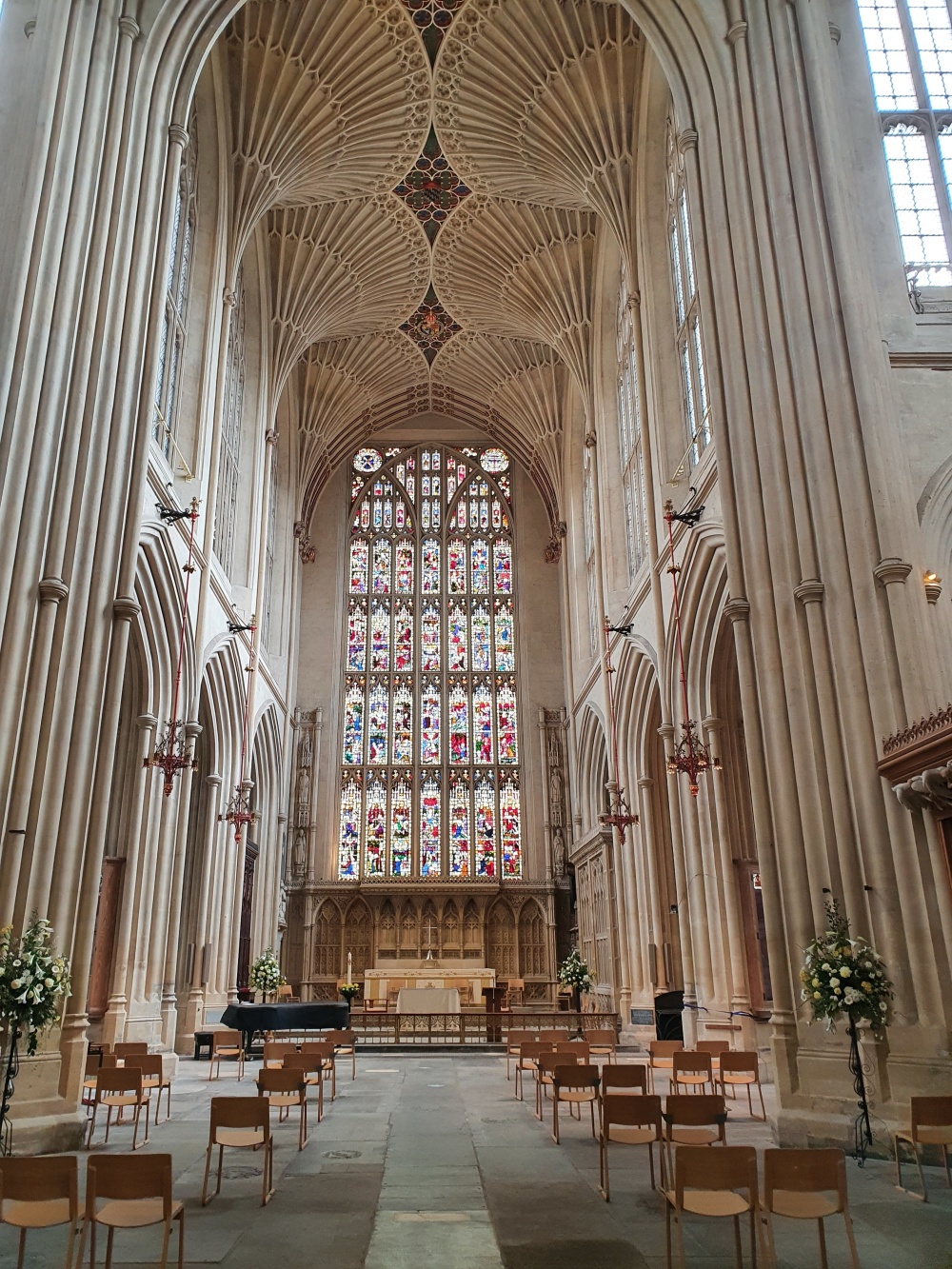 One of the key challenges included saving the Abbey’s historic floor from ruin. From around 1620-1840 some 7000 burials took place within the Abbey. By the 21st century the collapse of so many coffin voids had left the floor without adequate support, creating substantial dips in the floor, trip hazards and damage to the beautiful stone flooring. After years of design development, research and trials, Mann Williams’ solution involved re-laying the 2400 floor stones on to a full new, ventilated raft slab, over an improved and stabilised sub-base, with intact archaeological remains preserved beneath.

Designed with stainless steel reinforcement, the new slab can be expected to ensure the Abbey floor now remains stable for the next few hundred years. The opportunity was also taken to install an innovative and eco-friendly underfloor heating system. Designed by Buro Happold (project building services engineers) this takes its warmth from the hot spring waters as they pass by the Abbey site through a Roman drain on their way from the adjacent Roman Baths site to the River Avon. 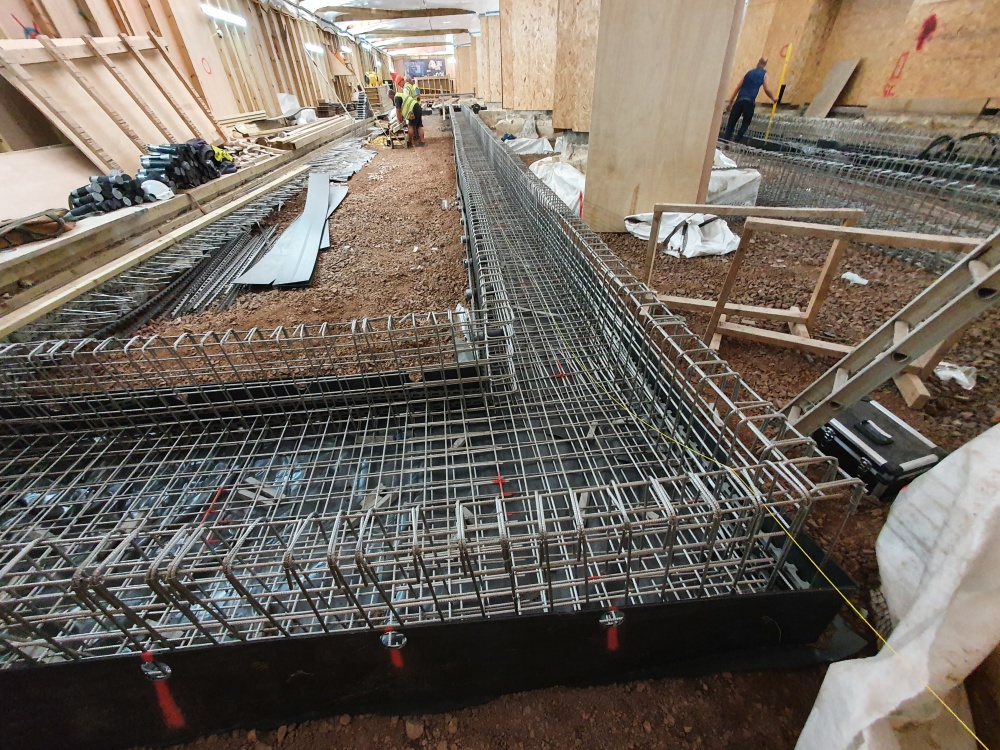 The path to re-laying the floor required overcoming many difficulties including independently re-supporting the 40t organ loft, stabilising, protecting and working around various large and ancient tombs and other structures precariously resting on the old defective slab, and sequencing the work to enable the Abbey to remain operation throughout the 3-year+ site phase. Along the way there have been all sorts of exciting archaeological discoveries made, including an Apse considered to be the oldest known Anglo-Saxon structure in Bath, and a stunning vividly colour 13th century tiled floor from Bath’s former Norman Cathedral, hidden for the past 500 years at around 2m beneath the current Abbey’s floor level. 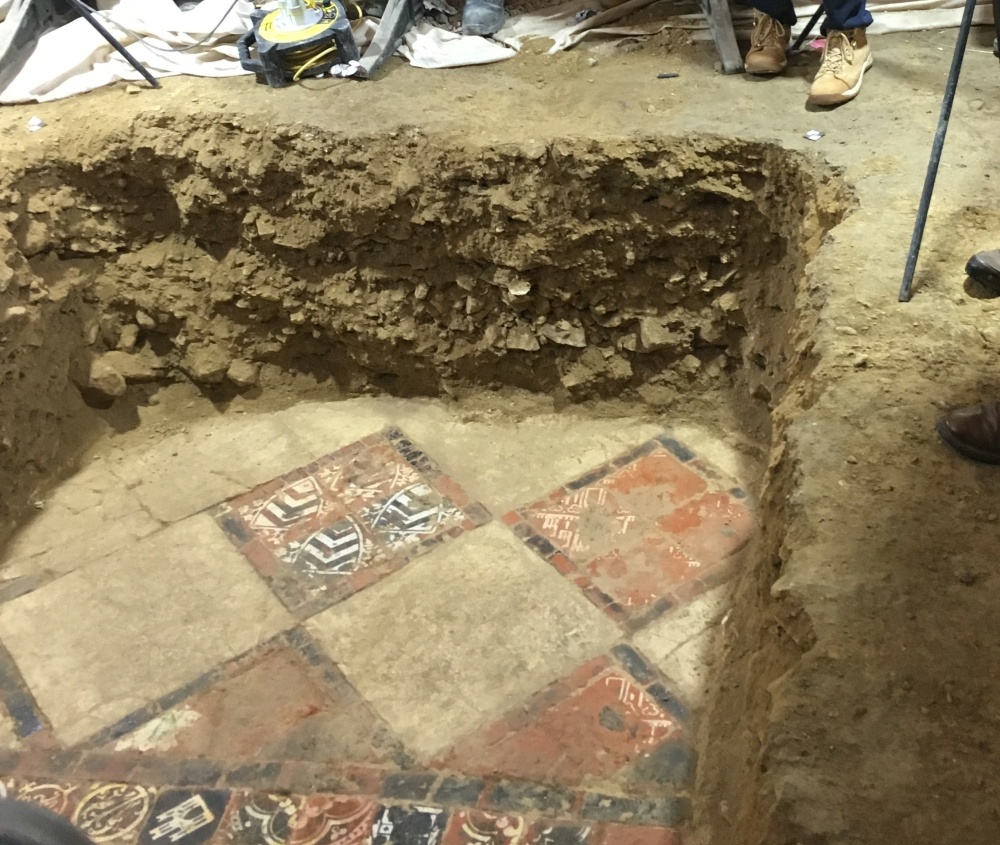 Outside the Abbey our work involved the creation and structural adaptation of many subterranean spaces, as well as the modernisation of a neighbouring 18th century terrace of houses, to provide a home for the Abbey’s Song School and administrative functions. 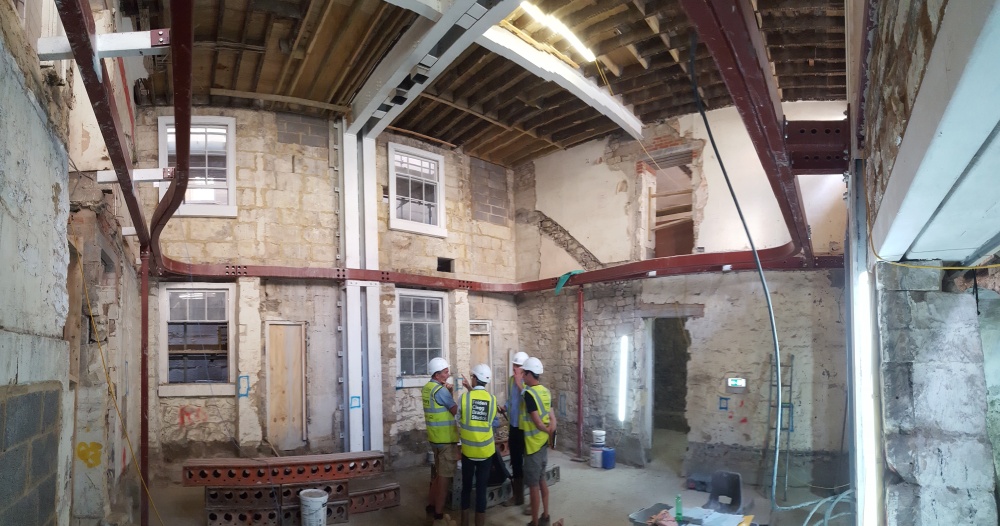 A new basement has been formed beneath Thomas Jacksons 1920’s southern extension to the Abbey. Originally built as a war memorial and to provide choir vestry cloisters, more recently in use as the Abbey shop, the now two-storey space is currently being fitted out as the Abbey’s new Interpretation Centre. 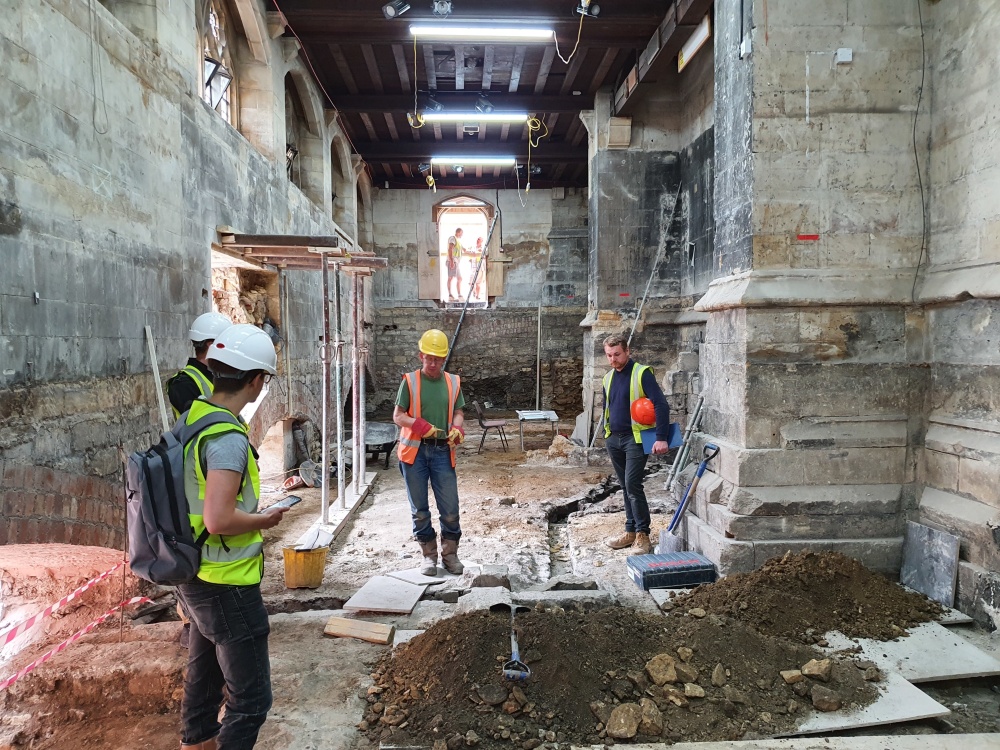 The Abbey’s former crypt was a series of 18th century basement stone vaults underlying a courtyard area to the south of the Abbey, each linked via narrow passageways in a warren of dark, damp and difficult to use spaces. Through the design of a series of ambitious and complex, exposed reinforced concrete frames, Mann Williams have help to transform this area into large, bright, well connected and flexible rooms which will be used as a Learning Centre for visiting school groups. 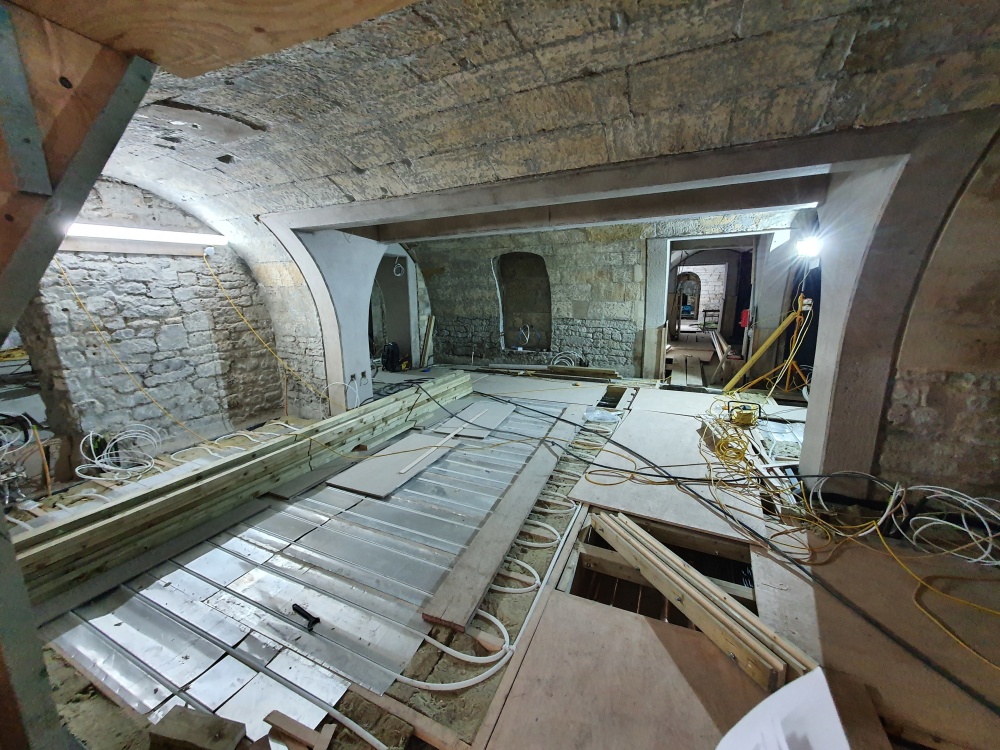 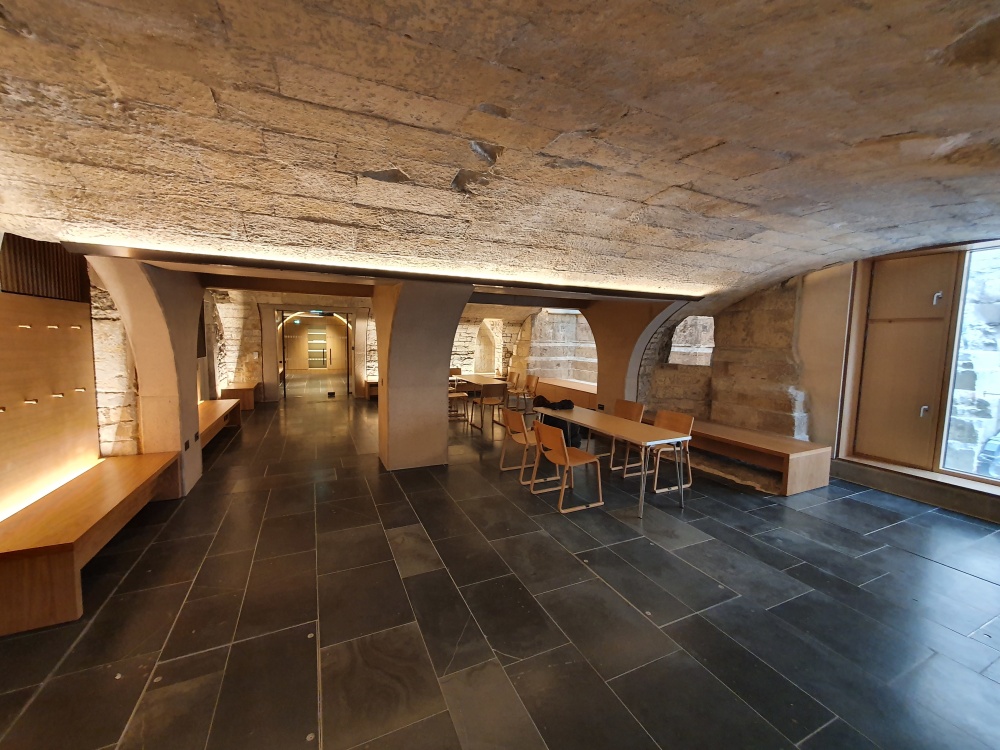 It has been Mann Williams’ privilege to be part of the design team working on such a unique and multi-facetted project. A true once-in-a-lifetime opportunity. We would like to thank all those who have supported the project from start to end.