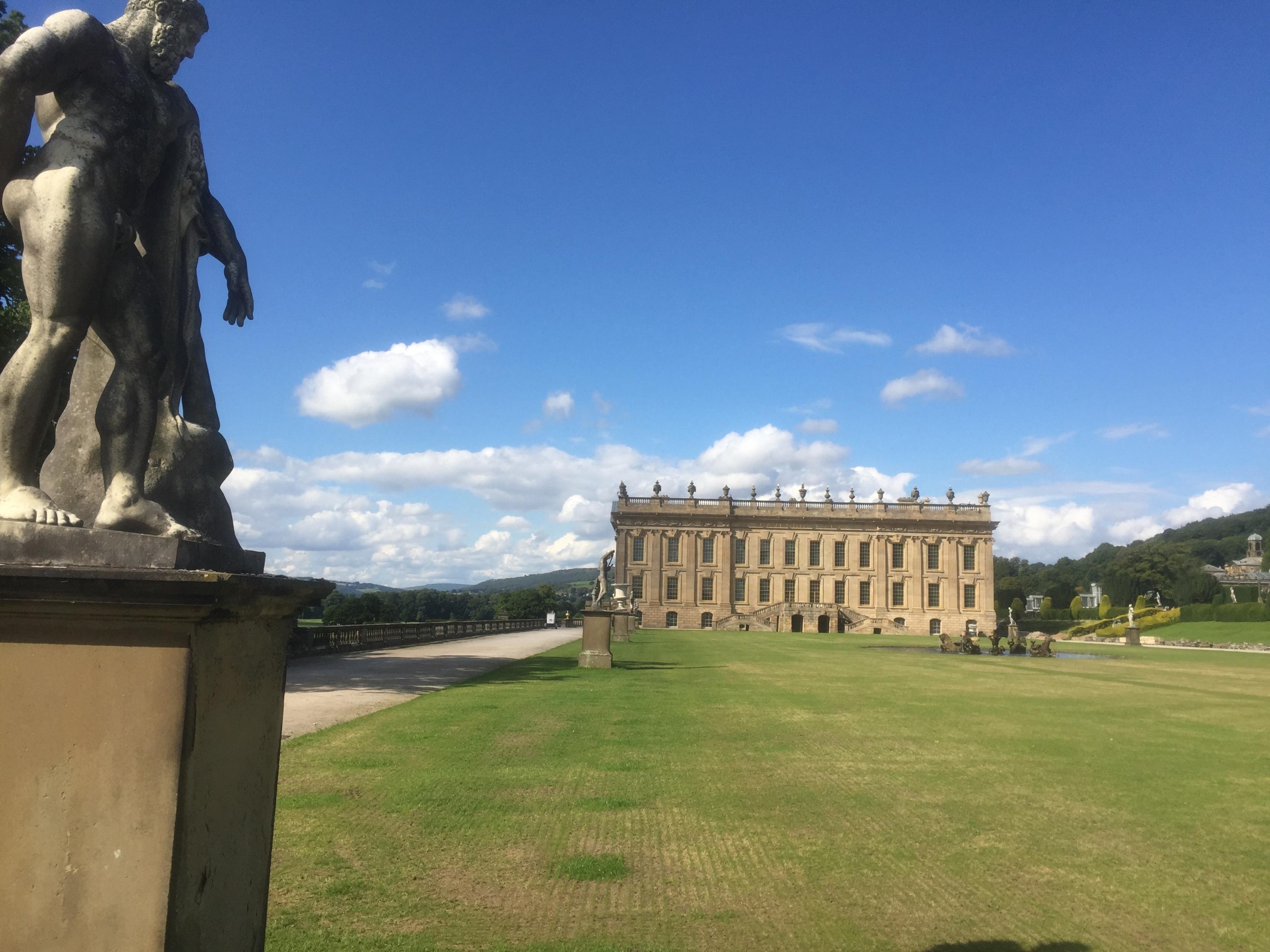 A new masterplan for a historic house

Preparations for the Chatsworth House Masterplan began in 2005, ahead of the most extensive programme of repair, consolidation and updating since substantial alterations were made to the house in the 1820s and 1830s.

Mann Williams was appointed as Term Consultants to Chatsworth House Trust in 2007 on a rolling programme of work, which ultimately was phased over several building contracts. The final phase of the Masterplan (Phase IV) was completed in 2019.

Throughout the programme, minimising disruption to the thousands of people that visit Chatsworth every year has been of paramount importance. 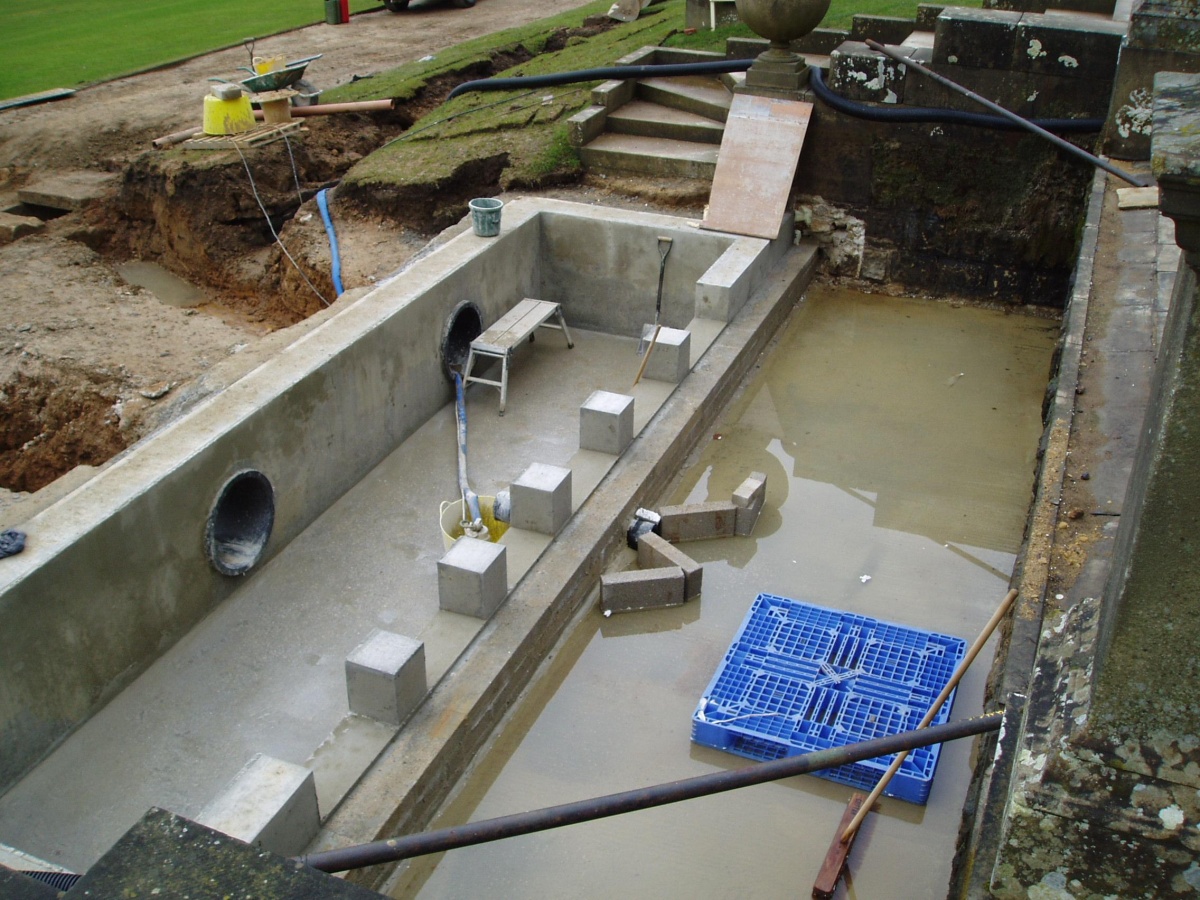 Externally, works undertaken include the restoration of all house elevations along with recovering a large number of roofs. This has included the essential structural repair of failing roof members, stonework and below ground drainage systems.

Internally, we’ve inserted a new lift to improve access for disabled visitors. We’ve also completed works to open up previously unseen routes through the house for all visitors. 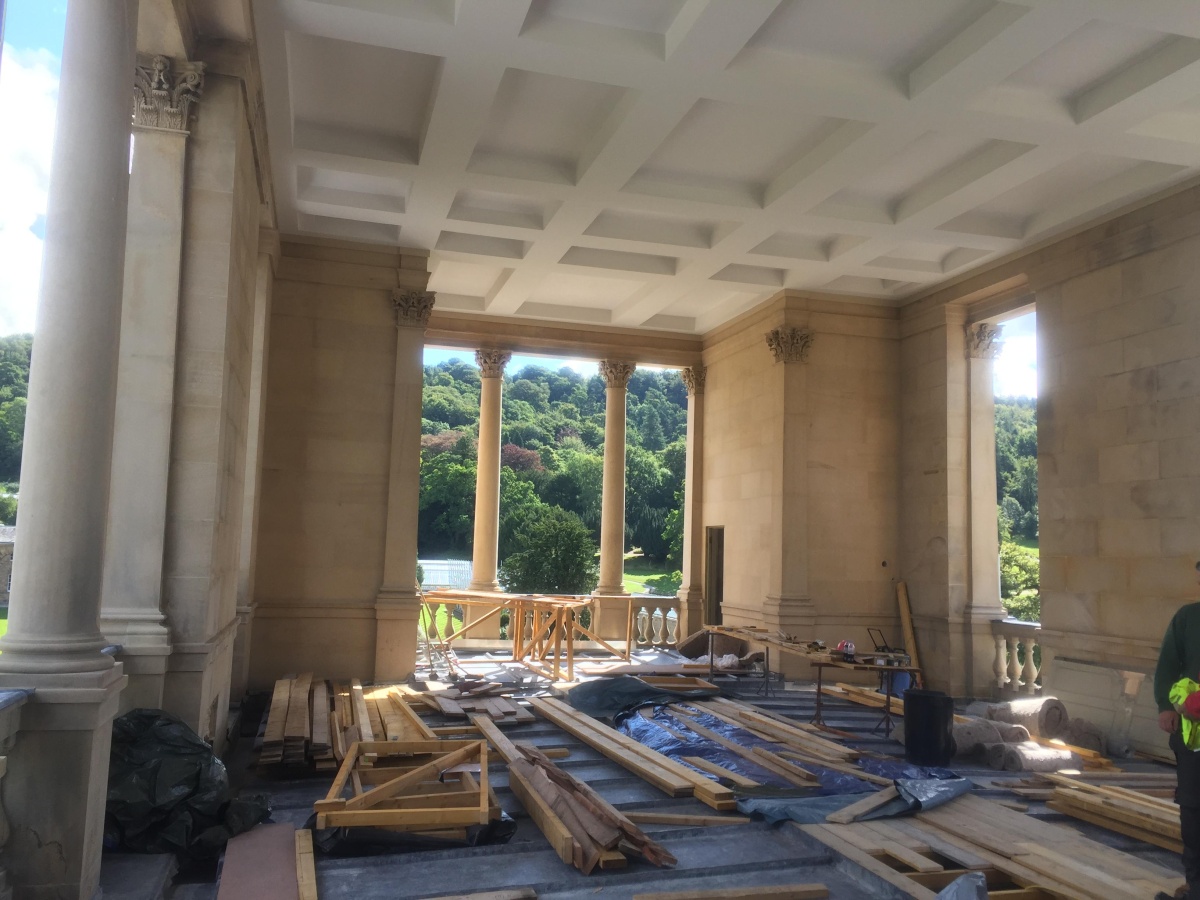 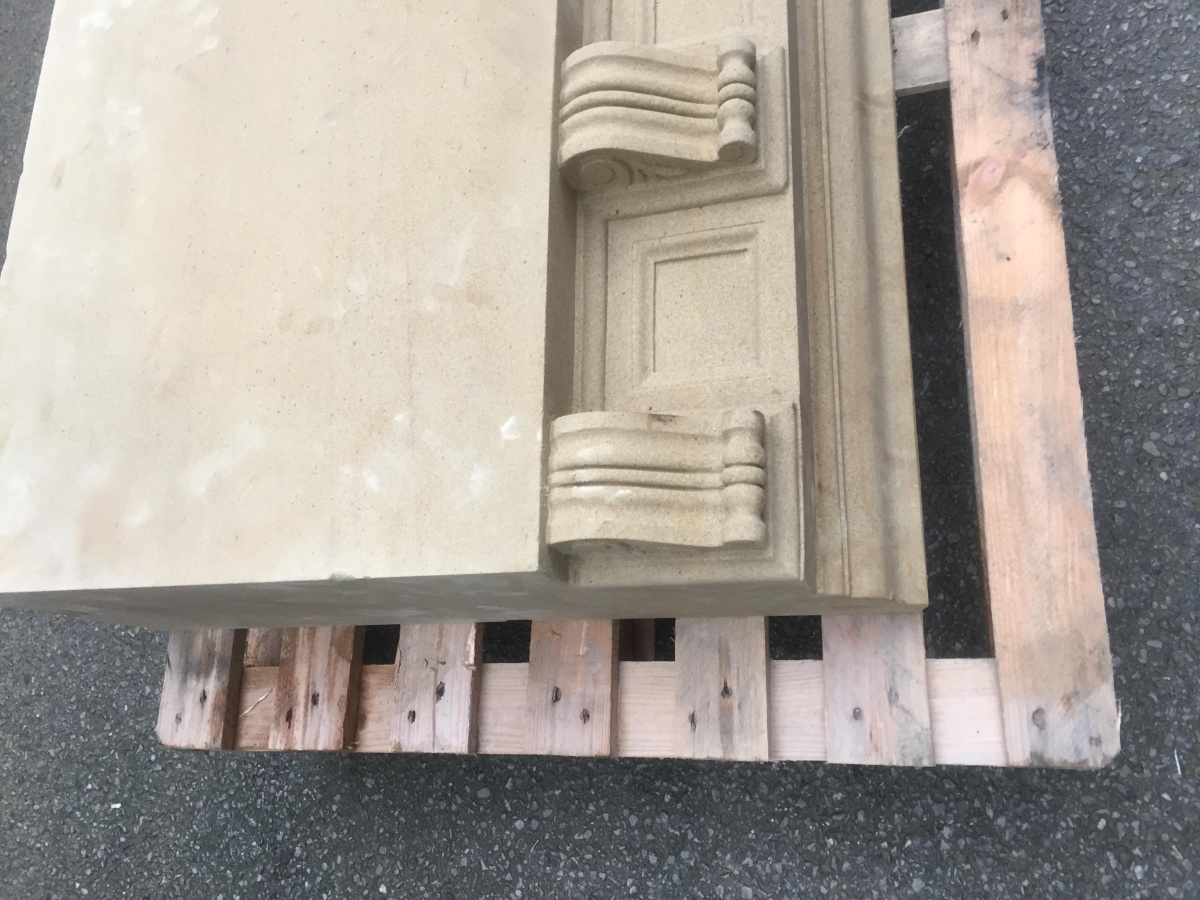 This programme of essential restoration has conserved the stonework of the façades of the Baroque house built by the 4th Earl, as well as the 6th Duke's north wing. We removed irreparable stone and replaced it with new stone from Burntwood Quarry; the same source as the original stone.

Obtaining permissions to temporarily reopen the quarry, to harvest the stone, formed a project in its own right. Input was required to assess cut and fill volumes, and determine the practicalities of how the quarry would be worked.

Investigative works required us to identify and assess pioneering building techniques from different periods in time. Notably, trussed partitioning has been used extensively throughout the house to form large spanning floors entirely in structural timber. In a number of instances, such structures were historically altered with ill-considered removal of principal elements. This resulted in severe distortions of several of the floors and necessitated substantial strengthening. 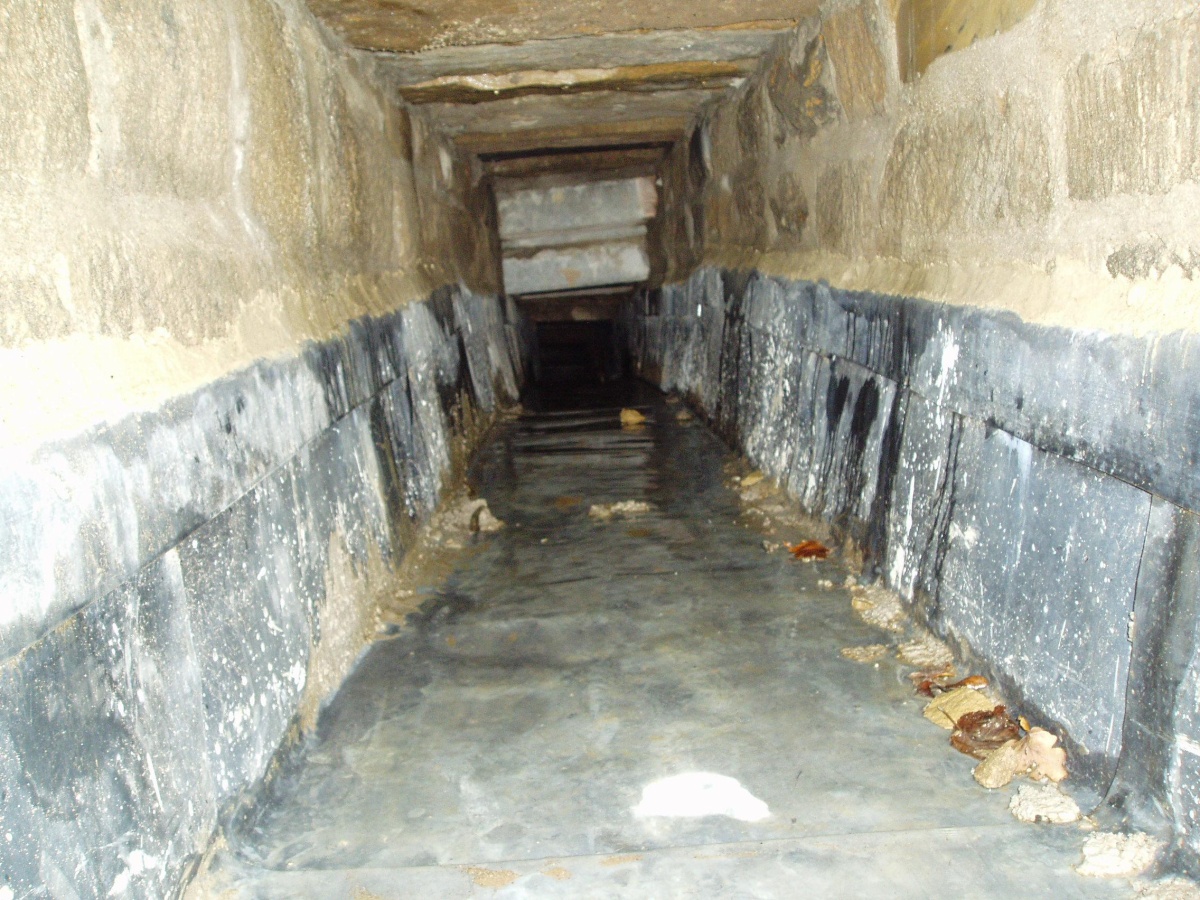 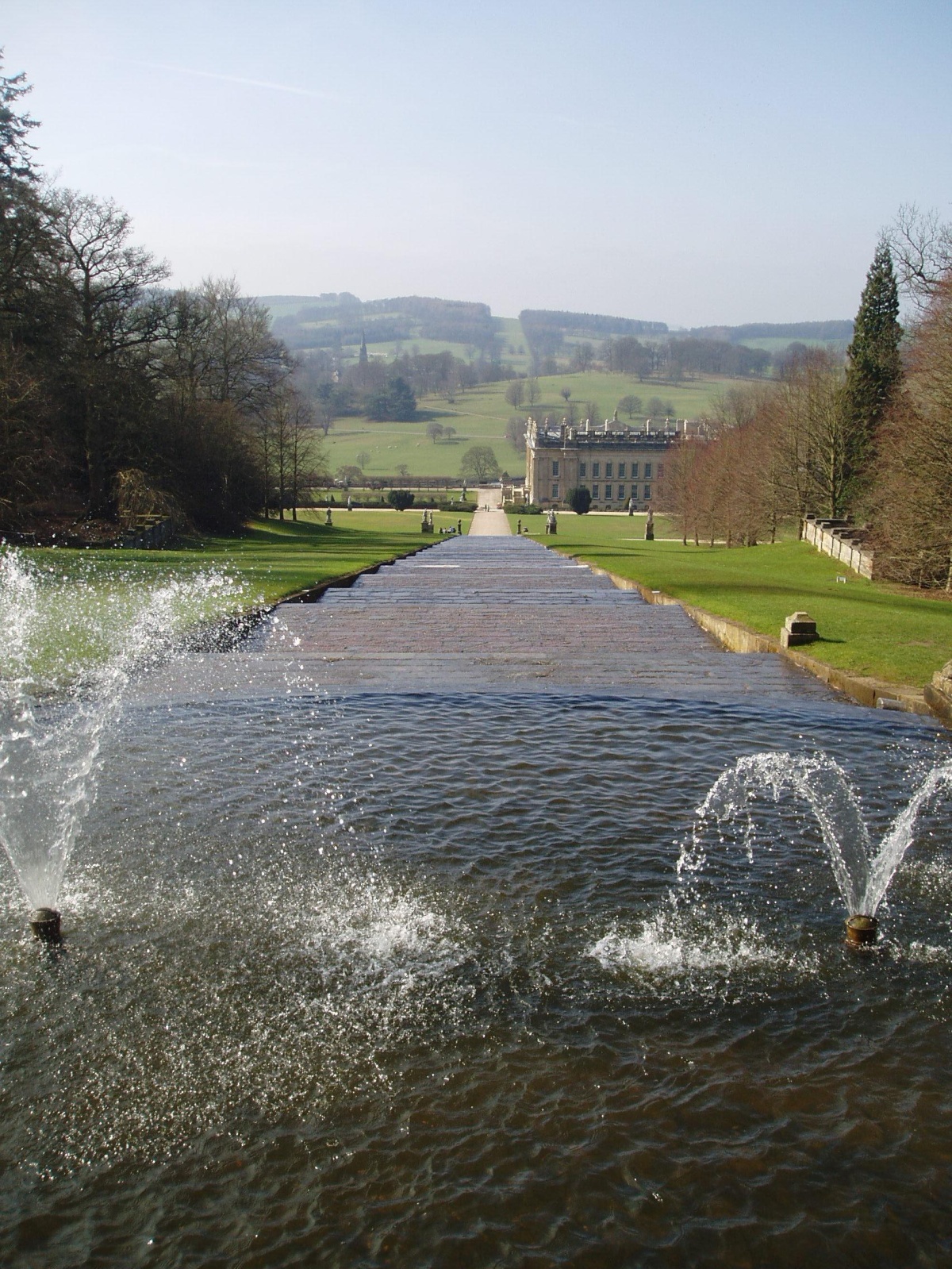 Beyond the house, works have concluded on the reconstruction of the Game Larder, which required extensive reconstruction following severe oxide jacking of the steel work within its filler-joist roof construction.

Other recently completed projects include the installation of new filtration chambers to the bottom of the cascade. This provides a gravity feed to the seahorse fountain within the South Lawn where masonry seahorses of this Grade I foundation have been restored. 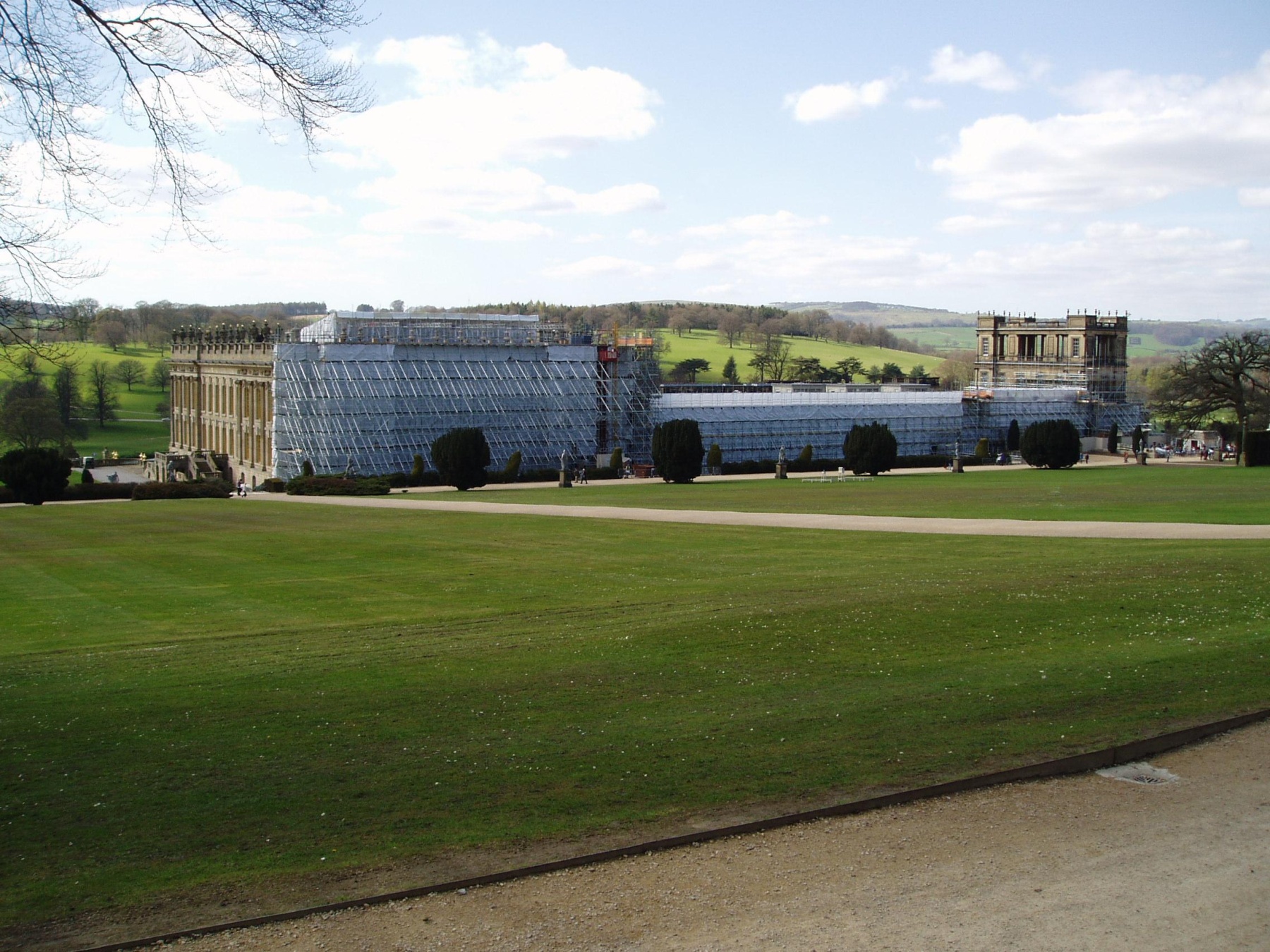 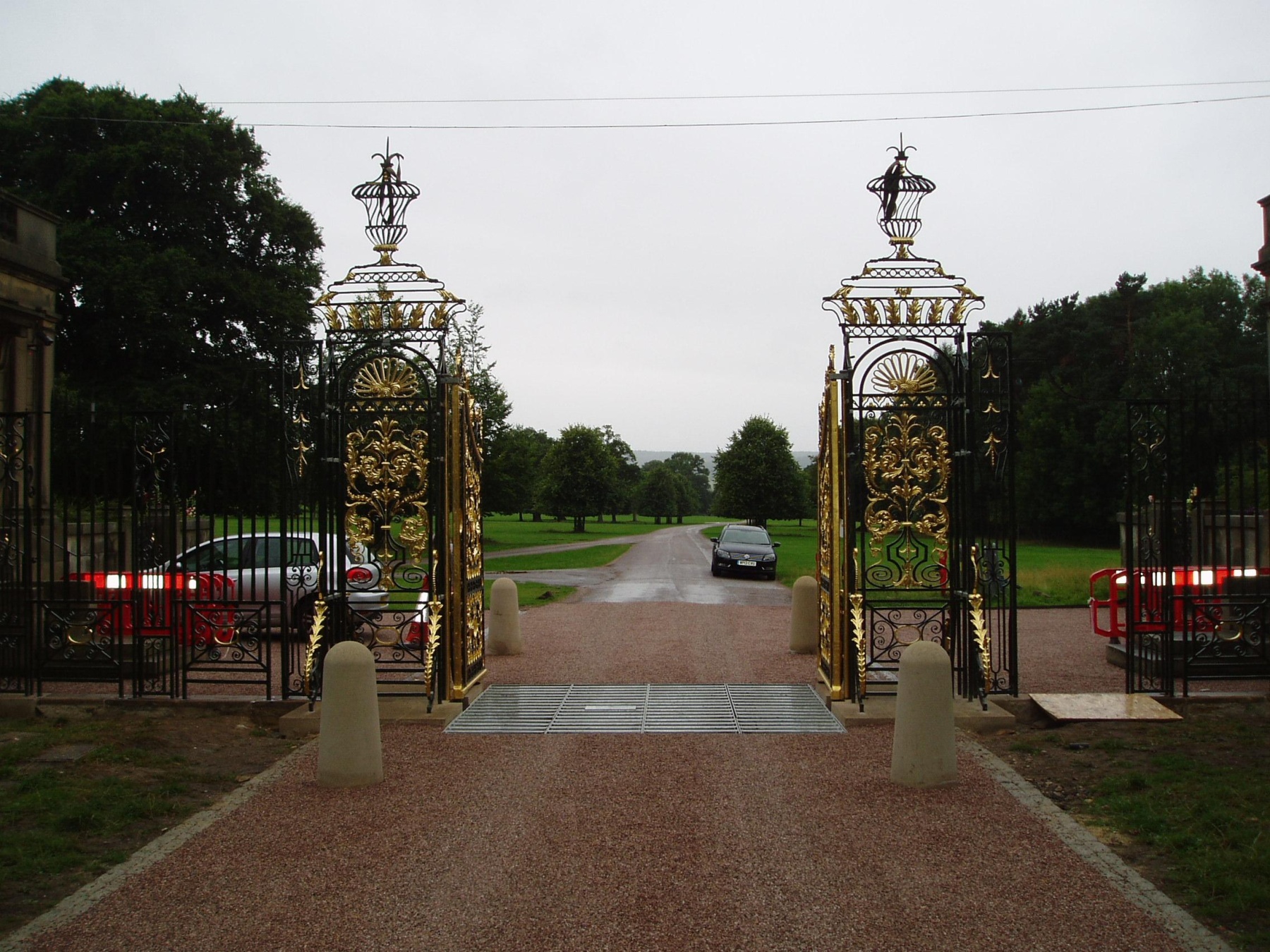 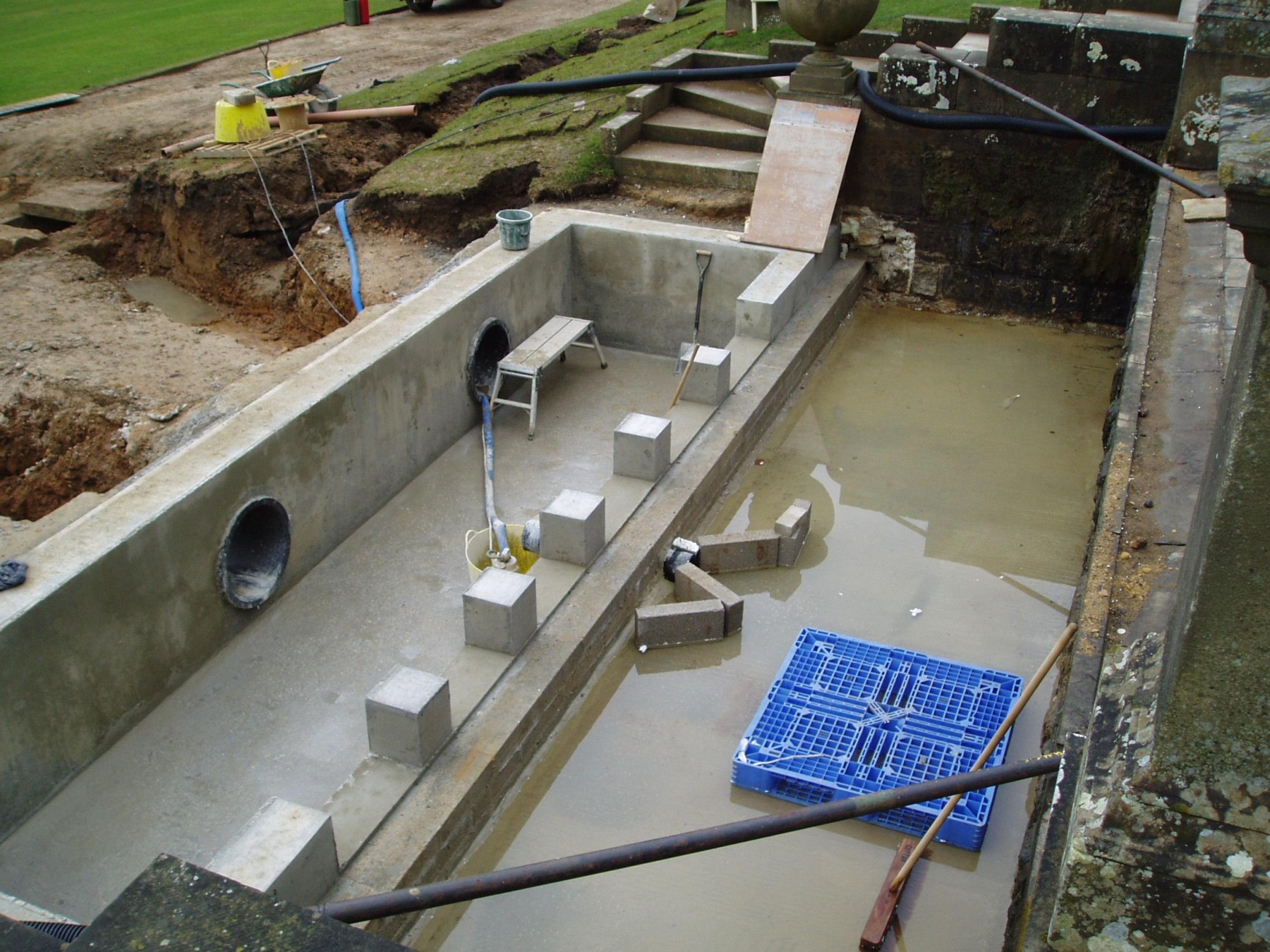 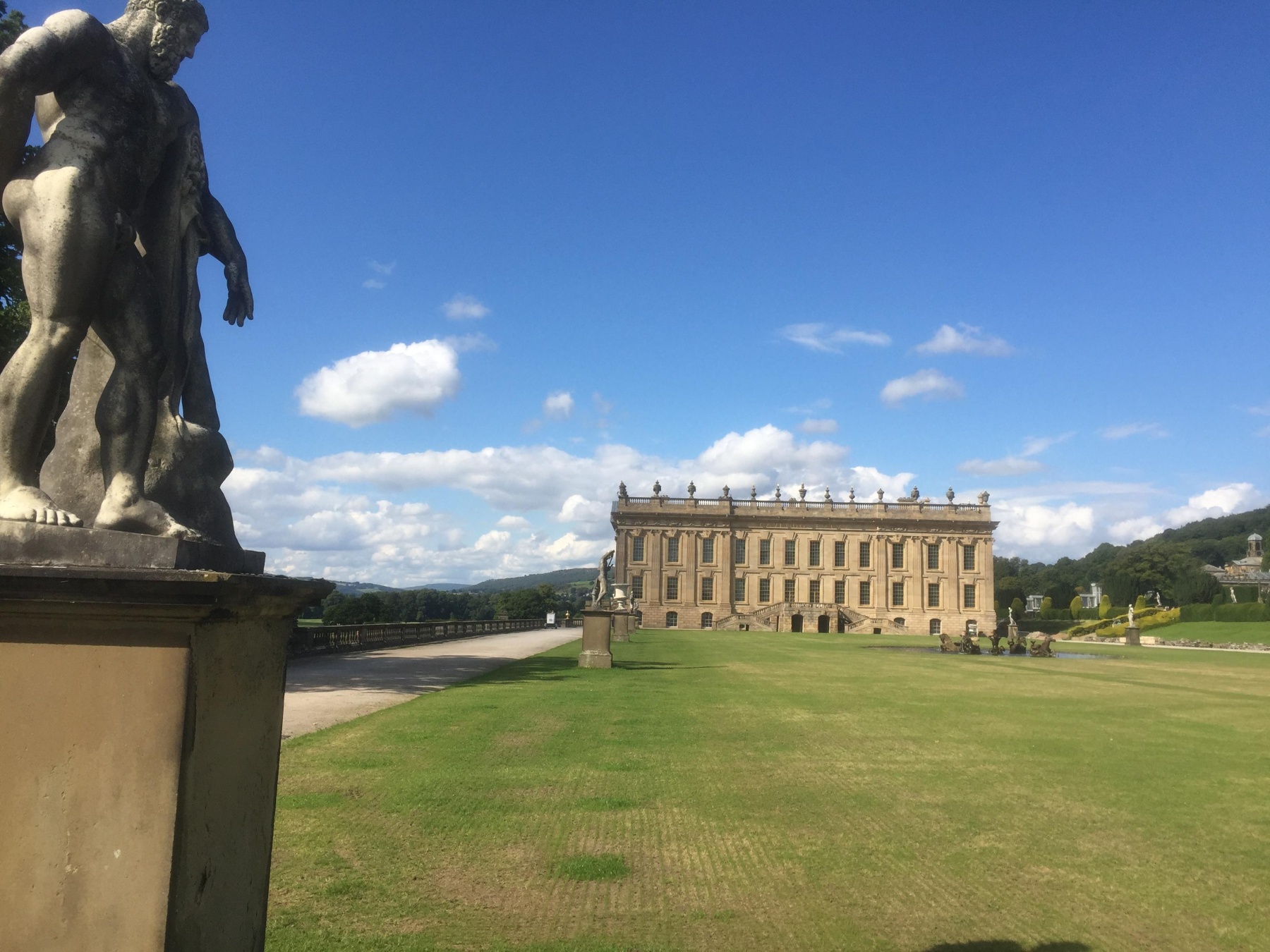 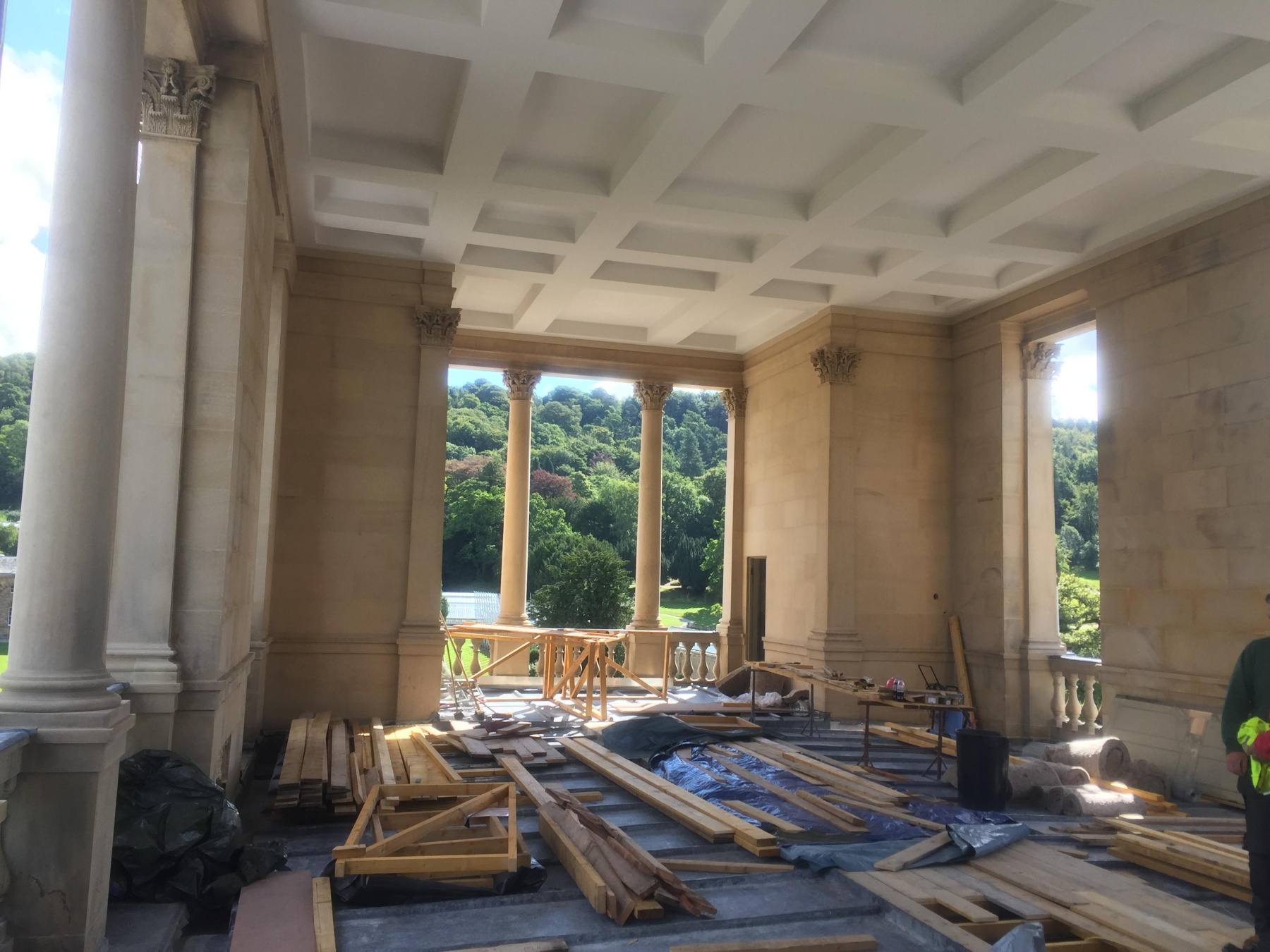