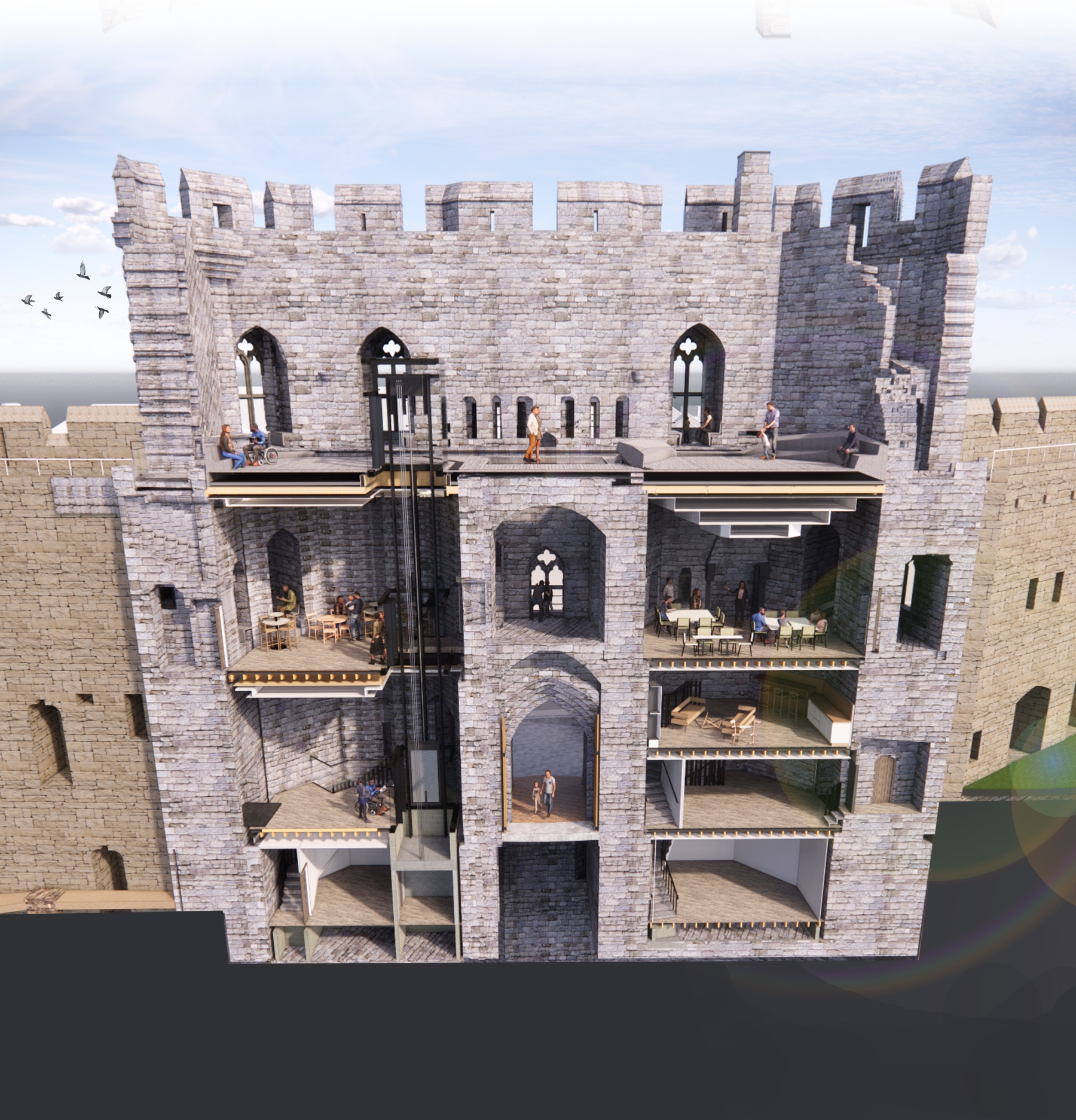 Mann Williams have been working with Buttress Architects since 2016 on an ambitious scheme to transform the Kings Gate of Caernarfon Castle. These two octagonal towers flanking the principal entrance were never completed by King Edward I in the 13th century.

Now, Cadw have developed plans for a visitor centre which include what is believed to be the first lift access to battlement level of any major UK castle. Engineering challenges have included developing proposals which minimize impact on the medieval masonry which is a Scheduled Monument, while addressing the sequencing and access issues inherent in building new structures within the 20m tall highly defensive towers. There are exciting plans for interpretation of the castle and its history too, which should be revealed soon.

Works are due to start on site before the end of the year.

All photographs and images courtesy of Buttress Architects. 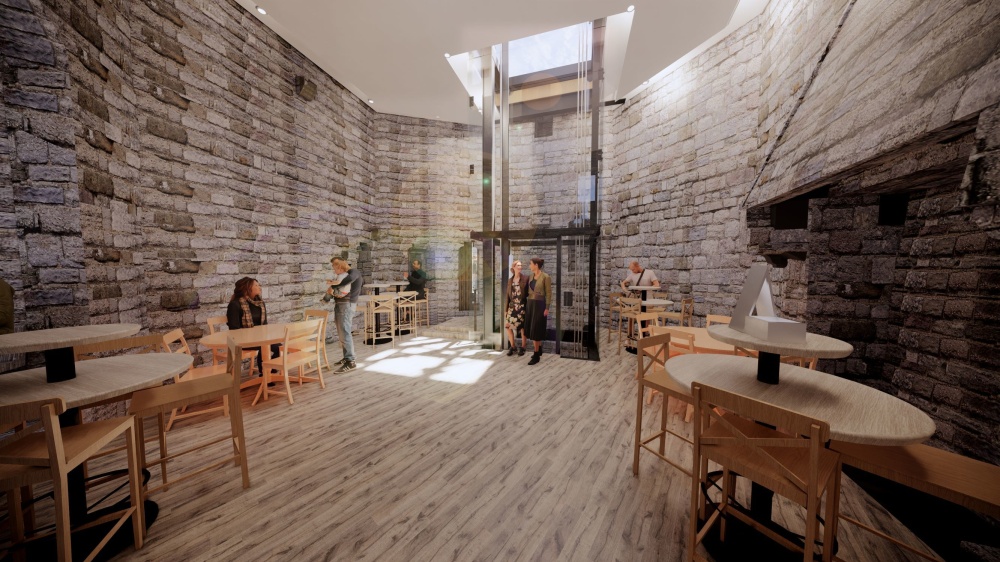 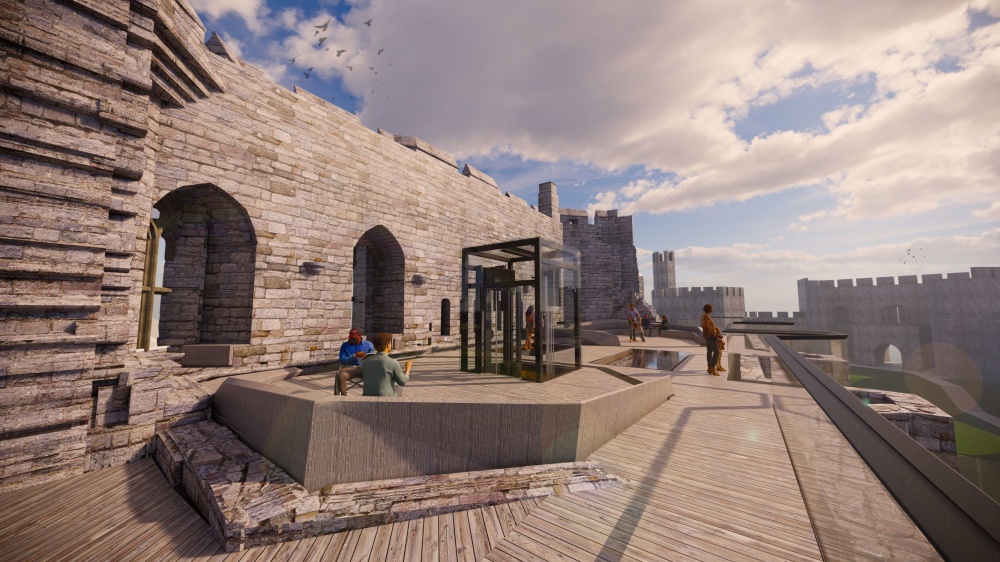 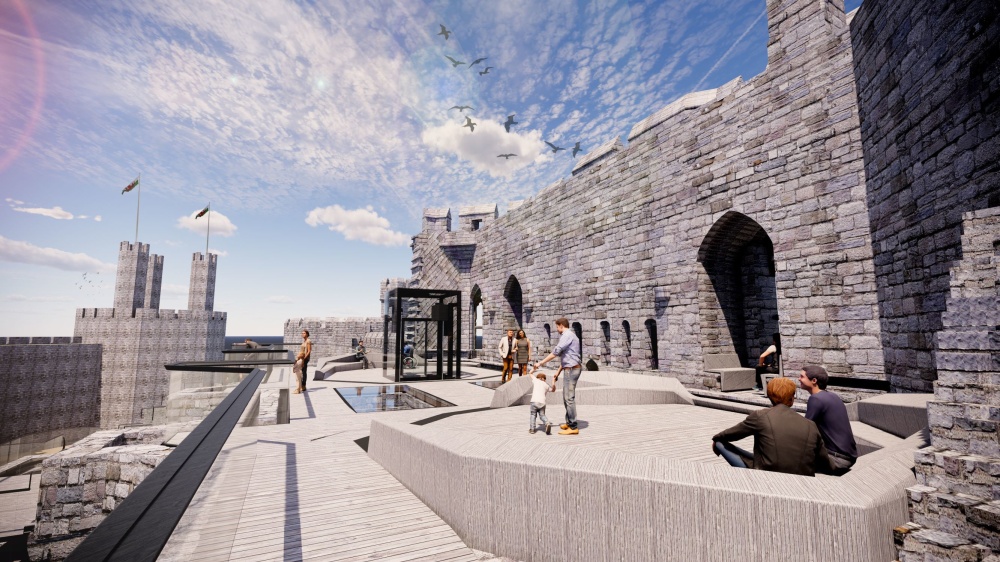