The 110 year old Morfa Bascule Bridge spans the River Tawe next to the Liberty Stadium in Swansea. Built to carry a single track rail line to serve the copperworks which dominated the area, it is a rolling lift bridge of a patented American design, common in the UK in the early 20th century. Now only 6 remain, and Morfa has been derelict for 30 years. The bridge is a Scheduled Monument, owned by Swansea Council. 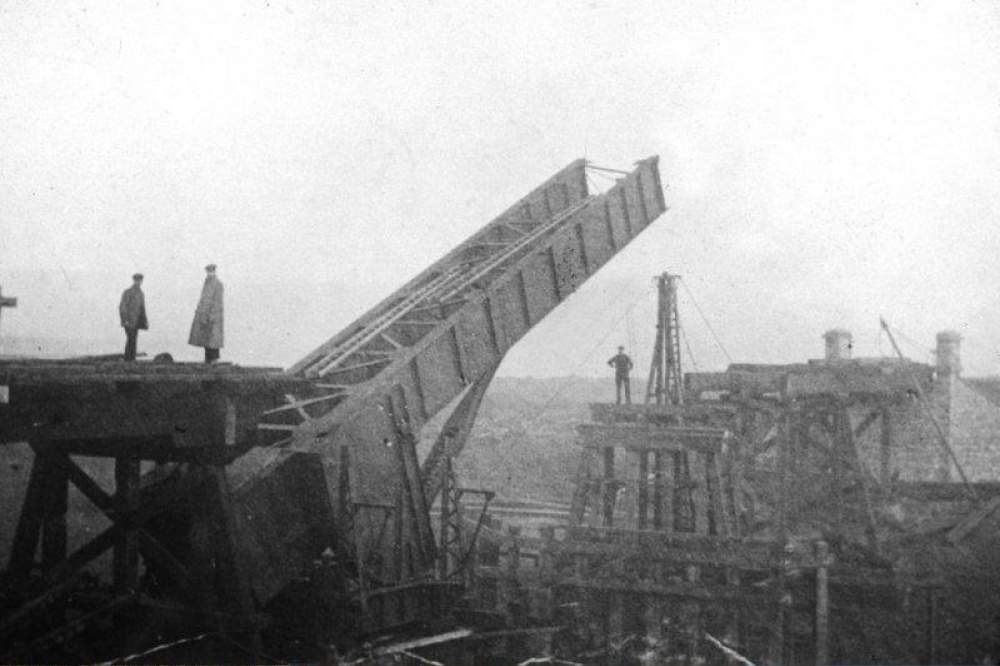 The 20m long steel span weighing 75 tons was lifted from its bearings using a 1750 ton capacity crane, to be transported to a local steel fabricator for conservation. Poor ground conditions required piled foundations for the crane, installed to depths of up to 28m. Very close tolerances between the bascule span and the fixed timber approach spans, combined with the poor condition of some of the structural elements made the logistics of the lift highly challenging. It was also necessary to separate the bridge itself from the supporting ‘runway beam assembly’ for road transport, due to height restrictions. The lift was successfully completed in a ten hour operation. 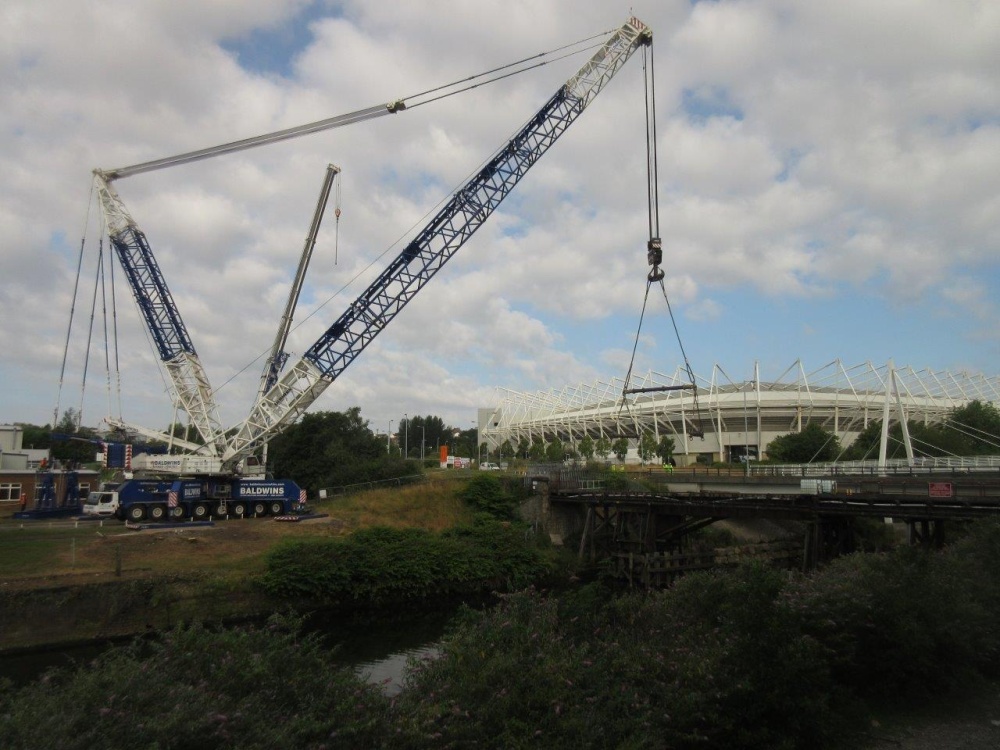 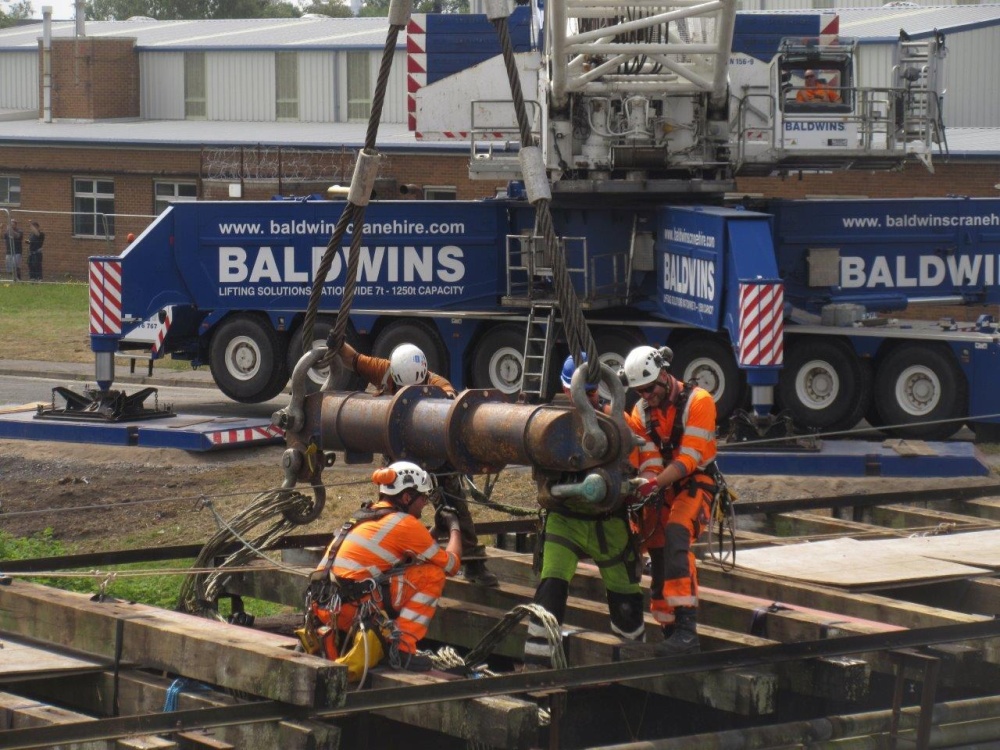 The timber approach spans and trestle supports are to be repaired and conserved in situ, ready for the return of the refurbished bascule span next year. Once restored, the structure is to serve as a pedestrian and cycle bridge. 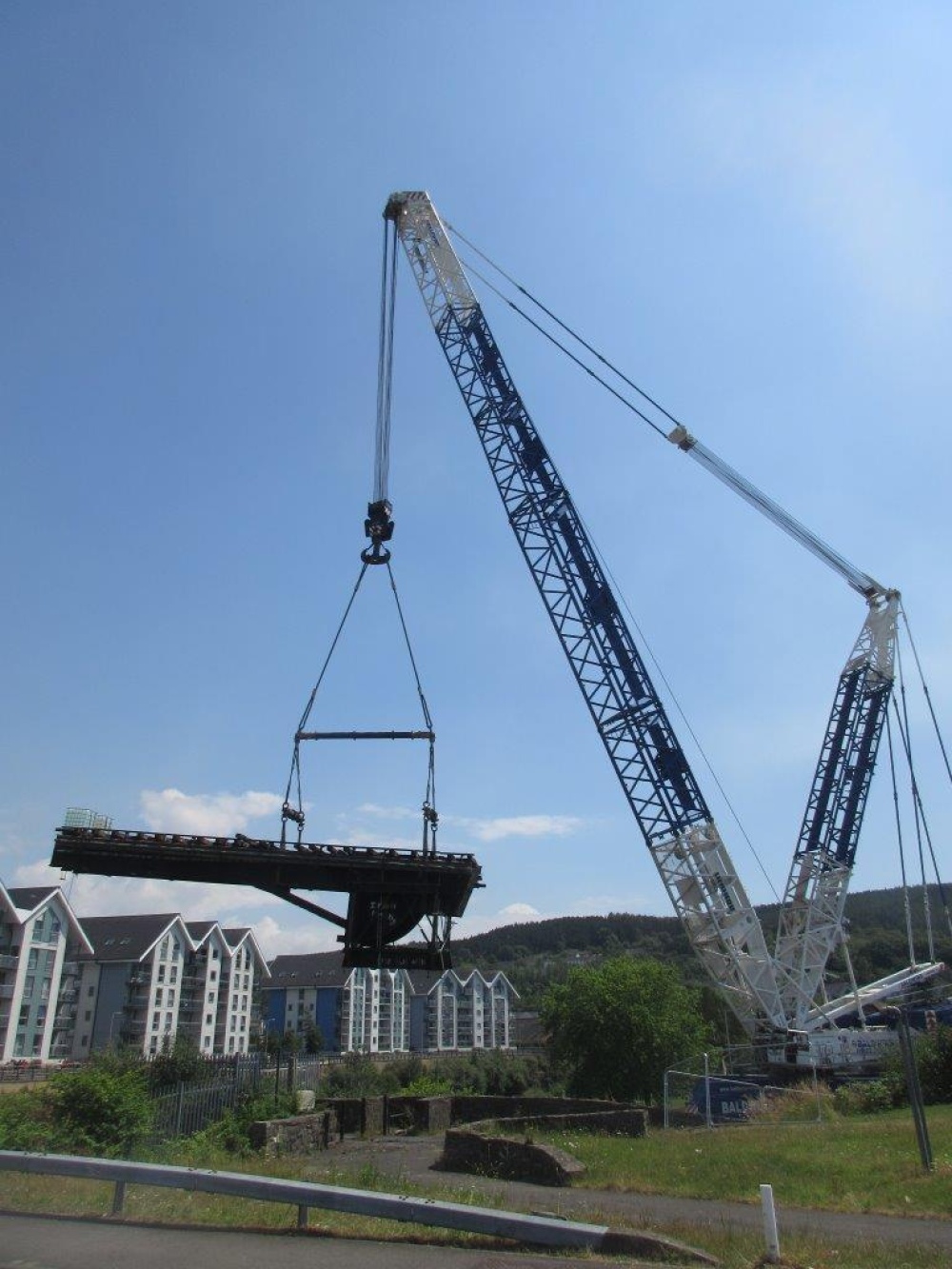 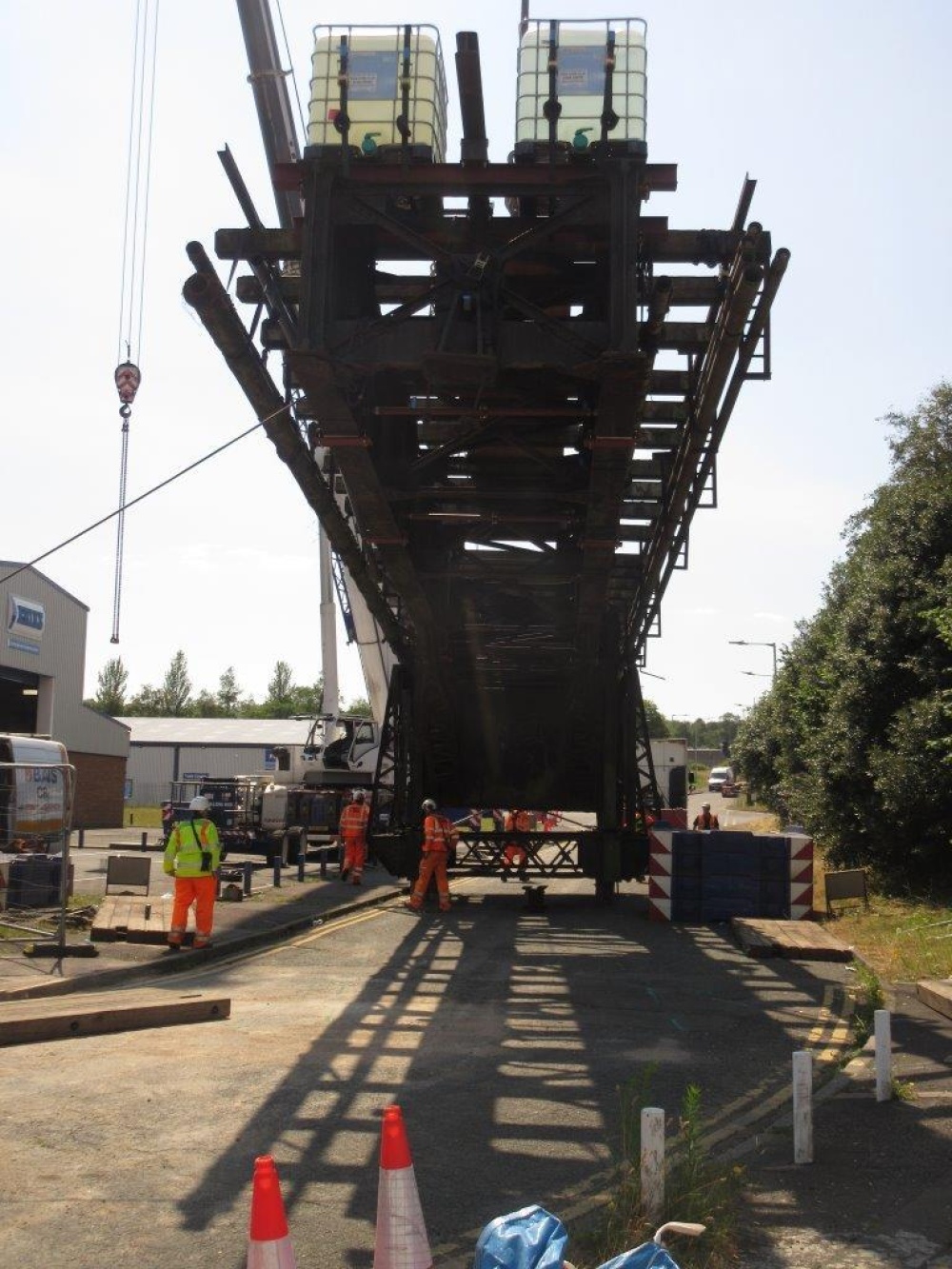 Mann Williams were first appointed by Swansea Council in 2013 to assess the feasibility of conserving the bridge. Since then we have worked closely with the Council and their framework contractor Alan Griffiths to develop proposals, assess and prepare the bridge for the lift. Close collaboration with Cadw, and with specialist subcontractors Ibex Technical Access, Baldwins Cranes, and Afon Engineering have also been crucial to the success of the project.